Because we haven't gone anywhere this summer and won't have the opportunity for the remainder I have splurged twice and rented this inflatable slip and slide.  The majority of my kids don't use it but with inviting friends over and making an event it has been well worth it for those that do.

I guess because we are nearing the end of water play season and because we have seen more rain in one month that normally seen in a year the company that rents the inflatables has let us have it for two and a half days.  What a deal!

Yesterday we had folks over and with the sun shining bright with high temperatures a good time was had by all.

Today with much badgering from two of the girls and the lack of an audience I gave it a whirl.  It really is true that the camera adds forty pounds!  That's what they say right?

It is also true when they say it's all fun and games until someone loses an eye.  Well I didn't lose an eye but got a big charlie horse in my calf.

Well charlie horse or blood clot.  I'm massaging it now so we will learn in short order if it's one or the other.....

My olympic career might have been cut short before it got off the ground.

Posted by holland was my destination at 1:17 PM No comments:

Couldn't you just squeeze him?! 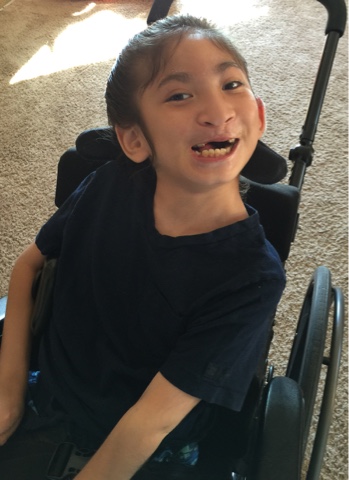 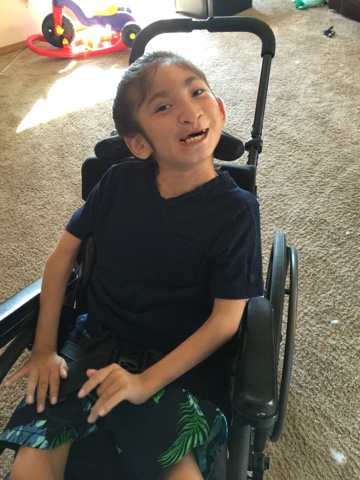 The dog on the other hand I would like to squeeze in a completely different way.... 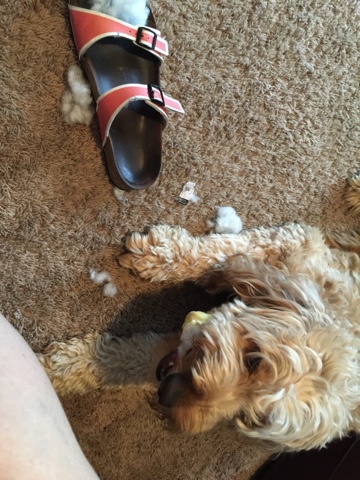 Posted by holland was my destination at 10:00 AM No comments:

Day one of seizure meds for baby. A month and a half ago he had what I thought to be a seizure while he was sleeping in my arms.

He had an EEG this past month which unfortunately showed "epileptic forms" meaning indeed has a seizure disorder.

Posted by holland was my destination at 9:38 PM No comments: